Response rates for Direct Mail have held steady over the past four years. Letter-sized envelopes, for instance, had a response rate this year of 3.42 percent for a house list and 1.38 percent for a prospect list.

Paid search had an average cost per click of $3.79, with a 3.81 percent conversion rate. The conversion rate (after click) of internet display advertisements was slightly higher at 4.43 percent.

Nearly 60 percent of direct mail campaigns in financial services aimed to produce a direct sale. The average response rate was a comparatively low 2.66 percent to a house list and 1.01percent to a prospect list.

One reason why direct mail continues to be a go-to strategy for direct marketers is that improvements in printing and database technology as well as analytic have allowed direct mail and other offline media to deliver consistent response rates.

Direct mail and e-mail still top the list of most used media for business-to-business marketers, according to a new survey from the Direct Marketing Association (DMA).

Yory Wurmser, American Direct Marketing Association Research Manager, says one of the biggest surprises for him in the B-to-B data was the fact that B-to-B response rates for direct mail overall were higher than B-to-C. The average response to a B-to-B house file letter-sized envelope mailing was 4.28%, versus 3.03% for B-to-C.

Looking at dimensional mailings (non-flats in boxes or large packages, often containing samples or gifts), the gap was even wider: the average house file response in B-to-B was a whopping 8.51%, compared to only 3.52% for B-to-C.

This could be because consumer-targeted mailings are typically geared to generate sales while B-to-B pieces are often focused more on lead generation, says Wurmser. “That could explain the higher response rate.”

The continued popularity of the mail in B-to-B didn’t surprise Wurmser.

“Direct mail is still a workhorse,” he notes, adding that while volumes might dip, budgets for direct mail will likely remain flat or even inch up a bit.

The typical desired outcome to a B-to-B services mailing was a direct sale for 35% while 29% cited driving a prospect to a Web site for more information. Other outcomes included:

COSTS PER LEAD HIGHER, TOO

But while B-to-B response rates for mail were higher across the board, so were the costs per lead or order. That figure for a letter-sized mailing was $69.76 in consumer, versus $135.56 in B-to-B. And as in response rates, the gap for dimensional mailings was dramatic—a $45.71 cost per order for consumer and $244 for B-to-B.

Wurmser cautioned that the number of respondents to the dimensional mail question was low, so that should be taken into account. “But B-to-B packages always tend to be more elaborate. You can’t just send someone a little trinket. I’ve seen B-to-B packages that included rare bottles of Scotch.”

The cost per click for paid search in B-to-B was also higher than in B-to-C. Conversion rates were better in B-to-B—5.27% versus 3.63% in consumer—but the average CPC was $4.59, versus $3.79 in consumer. This, theorized Wurmser, is because B-to-B marketers are usually bidding on more targeted keywords.

Not surprisingly, the highest ranking desired outcome of a B-to-B services paid search campaign was to get the prospect to visit a Web site for more information (53%), followed by generate a direct sale (27%).

E-mail acquisition costs were higher in B-to-B when looking at house files—$11.97 versus $8.73 for consumer. But when looking at prospect files, B-to-B seems to be finding bargains, clocking in at $15.71 versus $78.88 on the consumer side. 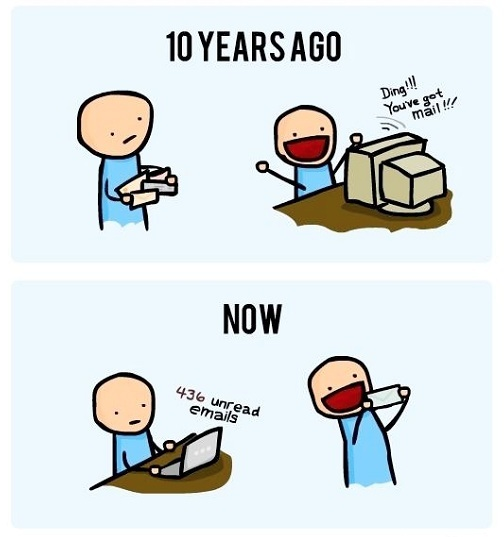 We love sharing our experience.